Nightingale Ensemble uses music as a tool for social change by commissioning new works from a diverse group that represent the breadth and depth of classical composers in the modern world.

The ensemble partners with composers and other musicians to broaden the repertoire for instruments and push musical pairings to find exciting, new soundscapes.

Nightingale Ensemble emphasizes finding contemporary composers who will bring a unique voice to their compositions through a range of backgrounds that are as diverse as our world is today! 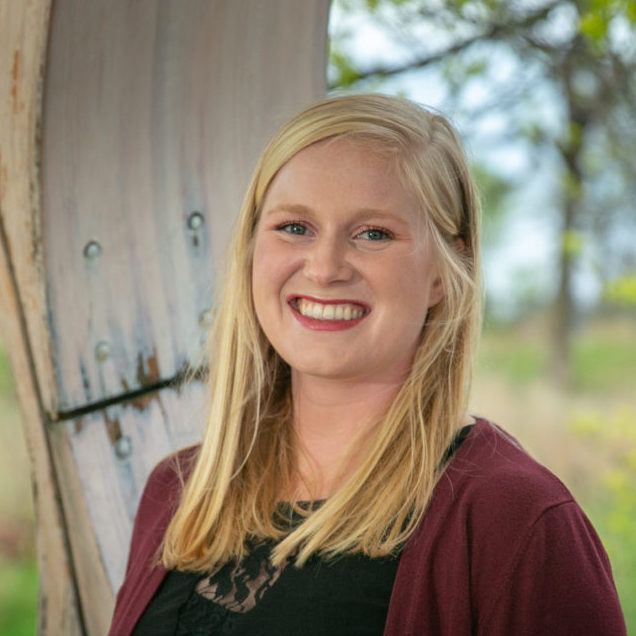 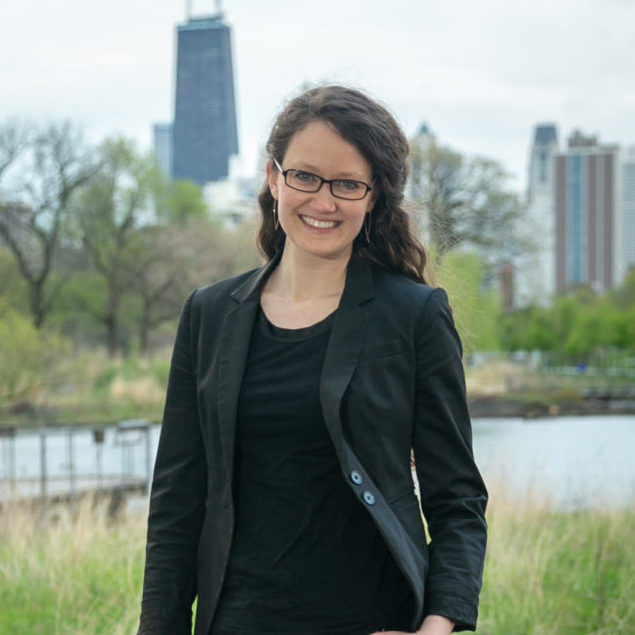 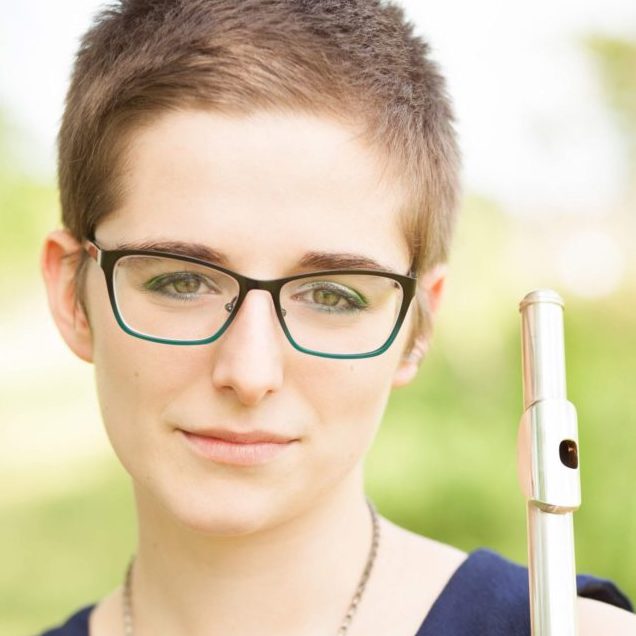 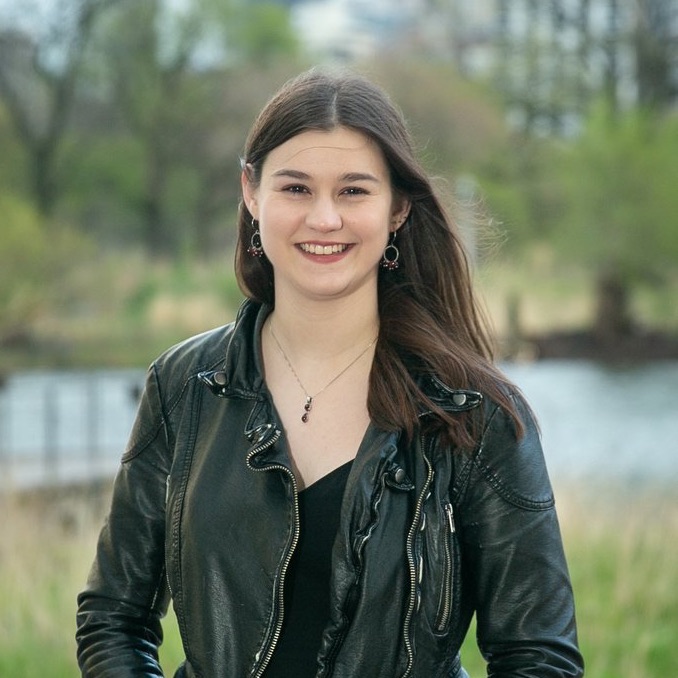 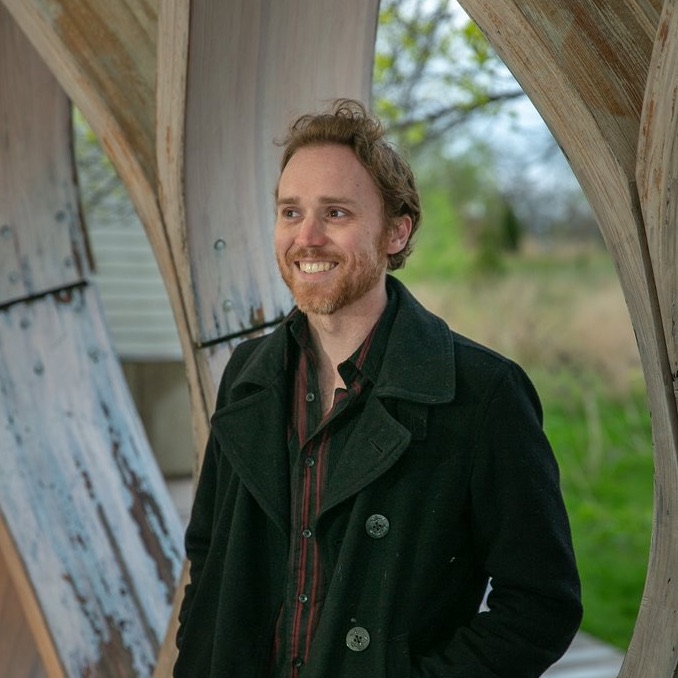 Michigan-native ​ Valerie Beck found her passion for singing at Grand Valley State University where she earned her BM in Vocal Performance. Valerie was a crucial part of the Opera Theater department at GVSU with highlight roles of Dido (Purcell) and Third Lady (Mozart). Valerie worked with Opera Grand Rapids as an Emerging Artist and Opera Chorus member. New to Chicago, Valerie graduated with her Masters in Vocal Performance from the Chicago College of Performing Arts (2018). Recent roles for Valerie include Jo in Little Women (Adamo), the Mother in Mendelssohn’s Homecoming for CCPA and Mrs. Páskova/ Lapák in The Cunning Little Vixen. Last summer Valerie attended the Hawaii Performing Arts Festival where she covered the role of Jo and coached with the composer, Mark Adamo.

With twenty years of performing experience,​ LeAnne Bennion has been highly praised for her masterful ability to create a classy atmosphere for any event. She has played at distinguished venues such as the Palmer House, Chicago Symphony Hall, The Drake Tower, the Chicago Botanic Garden, St. James Cathedral and she regularly plays for tea time at the Langham Hotel and the Palmer House Hilton. LeAnne has performed in numerous states as well as countries across Europe and South America. As a freelance harpist and experienced chamber artist, she performs with choirs, for weddings, funerals, business events and private parties. In particular, LeAnne enjoys playing vintage jazz and the music of iconic figures such as Frank Sinatra, Louis Armstrong, George Gershwin and Ella Fitzgerald.

Robin Meiksins is a freelance contemporary flutist focused on collaboration with living composers. Chicago-based, she uses the internet and online media to support and create collaboration. In 2017, Robin completed her first collaborative YouTube project, 365 Days of Flute. Each day featured a different work; each video was recorded and posted the same day. In 2018, Robin completed the 52 Weeks of Flute Project. Each week featured a workshop with a living composer, culminating in a performance on YouTube. Robin has since completed three other YouTube projects featuring exclusively works by living composers. She has premiered over 100 works and has performed at SPLICE Institute and Festival, the SEAMUS national conference, and Oh My Ears New Music Festival. Robin holds a masters degree from Indiana University’s Jacobs School of Music where she studied with Kate Lukas and Thomas Robertello. She also holds a Bachelors of Music with Honors from University of Toronto where she studied with Leslie Newman.

Zoë A. Wallace is a classical composer and guitarist who is continually striving to broaden the repertoire for instruments in an ensemble setting. She has performed in concerts throughout the country and has had pieces performed by such groups as KAIA String Quartet, Fulcrum Point New Music Project, and the Fifth Wave Collective. Zoë received her Masters degree in classical guitar with Denis Azabagic and her Bachelors degree at San Francisco Conservatory of Music with Sergio Assad while also studying composition with Dr. Marc Mellits and Dr. Ryan Brown. Zoë is currently published by Erebus Music Publications.

Ryan Wallace completed his bachelors degree in classical guitar at Webster University, and his masters degree at the San Francisco Conservatory, where he studied with Grammy award winning guitarist and composer Sergio Assad. In addition to private concerts and showcase events, Ryan has performed in a tribute event for the famous Romero brothers, in which his quartet played a variety of historical instruments from the Harris Guitar Collection, performed in various master classes around the country, and in 2016 premiered the guitar concerto For Carl Solomon at the San Francisco Center for New Music.